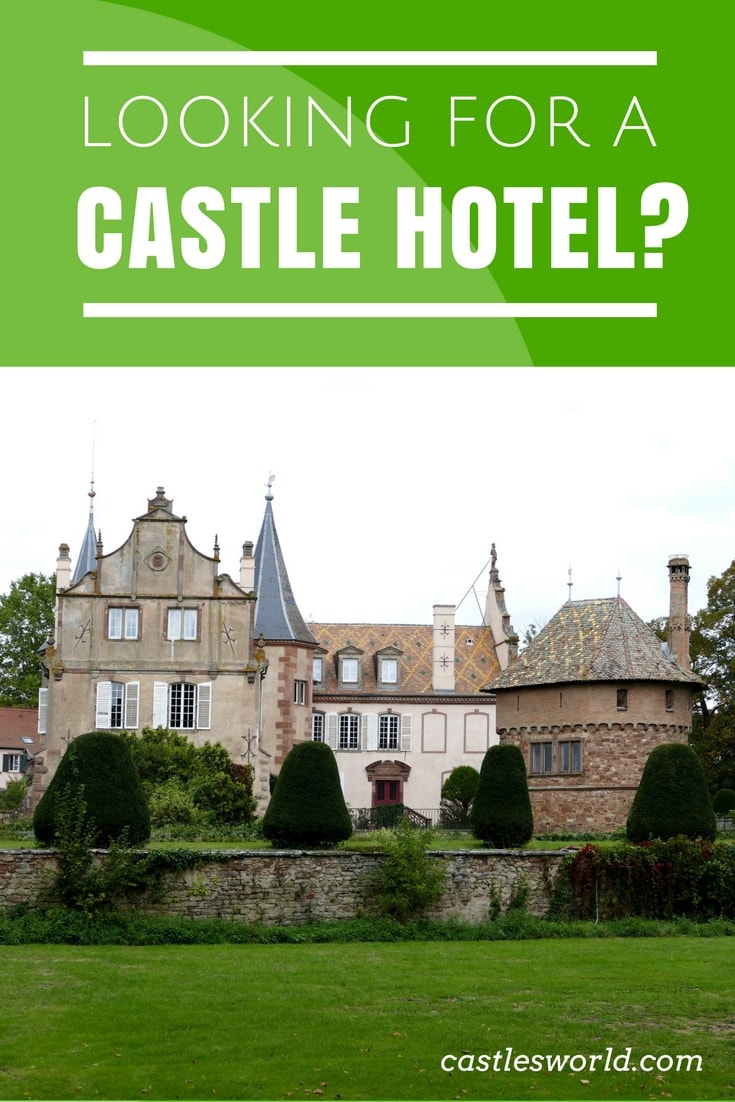 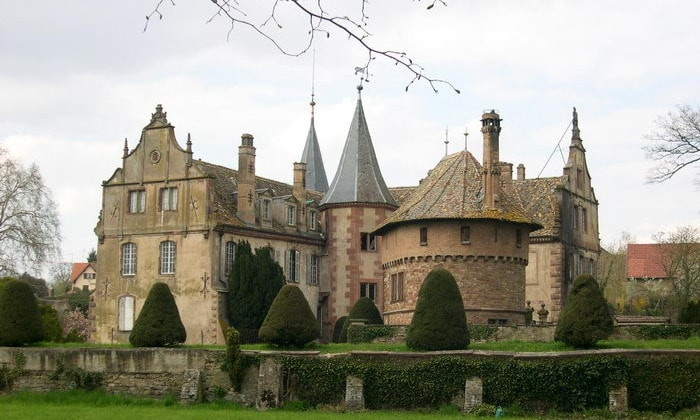 Castle of Osthoffen is located in the village with the same name, about 15 km from Strasbourg. The first fortification dates back to Roman times, when Emperor Julius Caesar, after the conquest of Alsace, built a watchtower to guard against Germanic incursions.
History
The present structure was built during the 12th century, when Osthoffen became a fortified castle. The castle was severely damaged due to a siege lead by the Bishop of Strasbourg in 1410. It was the architect von Seebach who rebuilt the castle as a Rennaissance estate and a private dwelling; he completed the job just after the Thirty Years War (in about 1650).
More changes were made during the 18th century: the courtyard walls were removed and new wide windows were added. The castle lost its towers during the French Revolution but they were later rebuilt by the new owner. The castle was acquired in 1817 by viscount Francois Grouvel who undertook further modernizations.
The castle was damaged again during World War II, when many treasures were stolen or lost. In the second part of the 20th century, the castle hosted many receptions, concerts and other official representations.
The castle today
Castle of Osthoffen is privately owned and today it functions as a bed and breakfast hotel.