The best castles and forts from Ireland 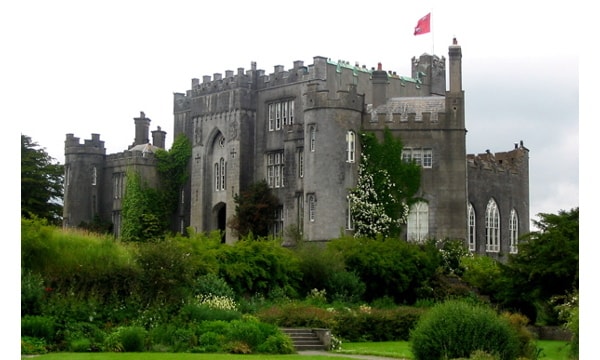 Birr Castle is a large castle and the home of The 7th Earl of Rosse, and as such the residential areas of the castle are not open to the public, though the grounds and gardens of the demesne are publicly accessible.
A main feature on the grounds of the castle is the "Great Telescope" or Leviathan (aka The Rosse Telescope) of the third Earl of Rosse, an astronomical telescope with a 183-cm (72 in) reflector. It was completed in 1845 and was used for several decades before the last observations were made in the first years of the 20th century. Its record size was not surpassed until the completion of the 100-inch (2.5-meter) Hooker Telescope at Mount Wilson Observatory in 1917. It was dismantled in 1914, but the structure was restored and the telescope reconstructed in the 1990s and is open to the public.
The grounds of the castle contain the oldest wrought-iron bridge in Ireland, dating from 1820. The walled gardens in the grounds feature Box Hedges that are over 300 years old. They are also, according to The Guinness Book of Records, the tallest hedge in the world,