Most amazing castles in Austria

The most beautiful castles in Luxembourg

Although a small country, Luxembourg is full of impressive castles and fortresses with a rich history. Here are 10 of the most amazing.

Urspelt Castle has a history going back at least three centuries; however, the present building dates from 1860. After comprehensive restoration work and additions, it recently opened as a hotel and meeting centre.... view details 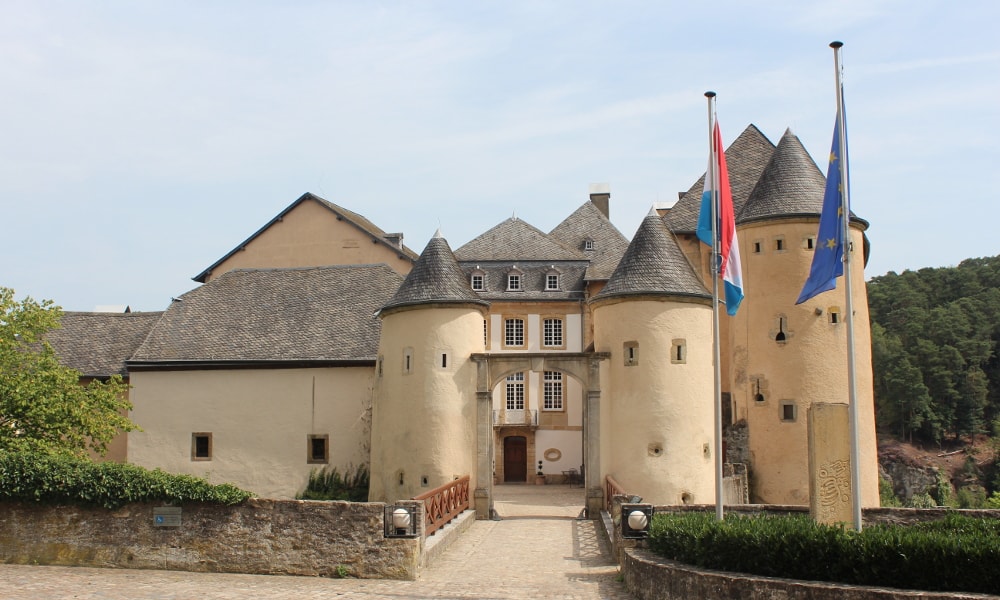 Bourglinster Castle is located in the village of Bourglinster in central Luxembourg some 17 km to the east of Luxembourg City. The castle has a history stretching back to the 11th century. After it was acquired by the Luxembourg State in 1968, the buildings were fully restored and, in 1982, opened for exhibitions, concerts, meetings and receptions.
The castle's three banqueting halls with facilities for up to 200 people offer venues for business meetings, gala dinners and cultural events. La Distillerie, a restaurant on the castle premises, is considered to be one of the best in Luxembourg.... view details

Esch-sur-Sure Castle is a ruined castle located on a spur in the small town of Esch-sur-Sure in the north-west of Luxembourg. It is naturally protected by a sharp meander in the River Sure which surrounds the town and the castle on three sides.
Today only the ruins of the castle remain although the State acquired the site in 2005 and began restoration work the following year. The site is open to the public and is illuminated in the evenings.... view details

The Chateau de Septfontaines has been associated over the years with Luxembourg's Villeroy & Boch porcelain factory, which closed in 2010.
The castle was built in 1783-1784 by Jean-Francois and Pierre-Joseph Boch, who had opened their nearby porcelain factory in 1767, when Luxembourg was part of the Austrian Netherlands. The brothers had chosen Rollingergrund for their factory, as it offered all that was needed: clay, water and wood for the ovens.
The rooms now testify to the success of the Boch brothers as porcelain of all shapes and sizes decorates the walls and the windows. Now available for business conferences and receptions, the building is still used by the management, partners and clients of Villeroy & Boch when they are in Luxembourg.... view details

Dommeldange Castle is located in Dommeldange, the most northerly quarter of Luxembourg City in the Grand Duchy of Luxembourg. Initially a private residence built for the owner of the local iron works, it is now the Embassy of the People's Republic of China.... view details

Heisdorf Castle was built by Baron Lippmann in the late 19th century. Surrounded by a large park, it was designed by the Belgian architect Charles Thirion. In 1916, the Sisters of the Christian Doctrine acquired the property as a convalescent home for their community. In 1982, it was opened as an old people's home; a new wing was added to the building by the architecture firm Hermann, Valentiny and Partners providing improved facilities for its senior citizens.... view details 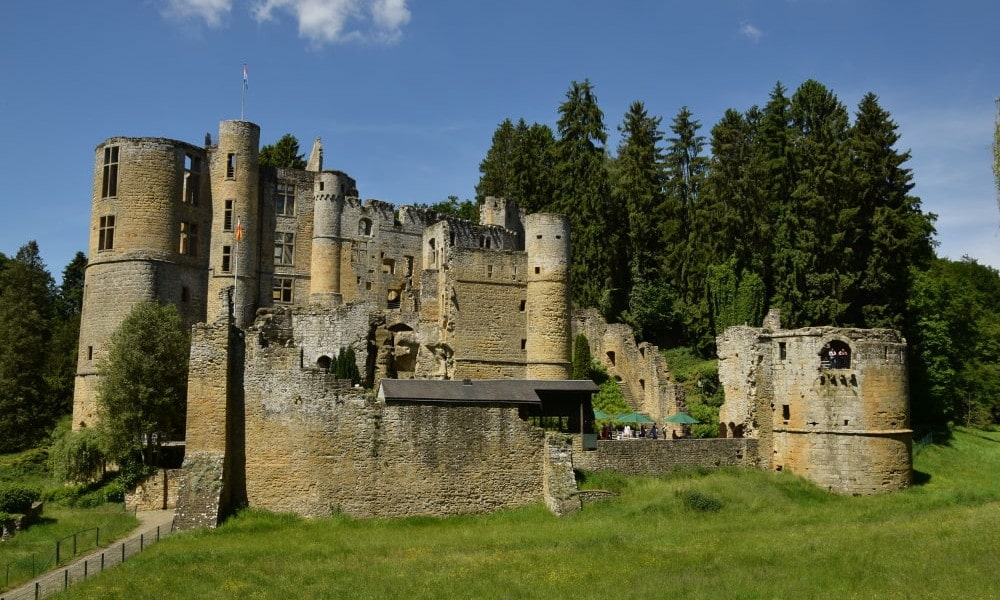 Beaufort Castle dating from the 11th century consists of the ruins of the medieval fortress and an adjacent Renaissance chateau. The castle originated in the 11th century as a small square-shaped fortress on a large rock protected by a moat and a second wall above the valley.
In 1893, the new owner Henri Even restored the new building and, in 1928, Edmond Linkels opened the medieval castle to visitors. In 1981, the property was acquired by the State.... view details

Bettendorf Castle is a Baroque building that dates from 1728. The castle was restored in 1962; it is privately owned and cannot be visited.... view details

Bourscheid Castle stands majestically some 150 metres above the River Sure and it is enclosed by a circular wall with 11 watchtowers. The medieval castle is located on a site with archeological evidence of structures dating back to Roman times.
The castle appears to have been built around the year 1000 on earlier foundations and it was extended on several occasions. As a result of restoration work, the castle is now fully accessible to visitors, but remains a predominately open-air ruin.... view details

Vianden Castle is one of the largest fortified castles west of the Rhine. With origins dating from the 10th century, the castle was built in the Romanesque style from the 11th to 14th centuries.
Gothic transformations were added at the end of this period and a Renaissance mansion was constructed in the 17th century; thereafter the castle was allowed to fall into ruins. It has, however, recently been fully restored and is open to visitors.... view details