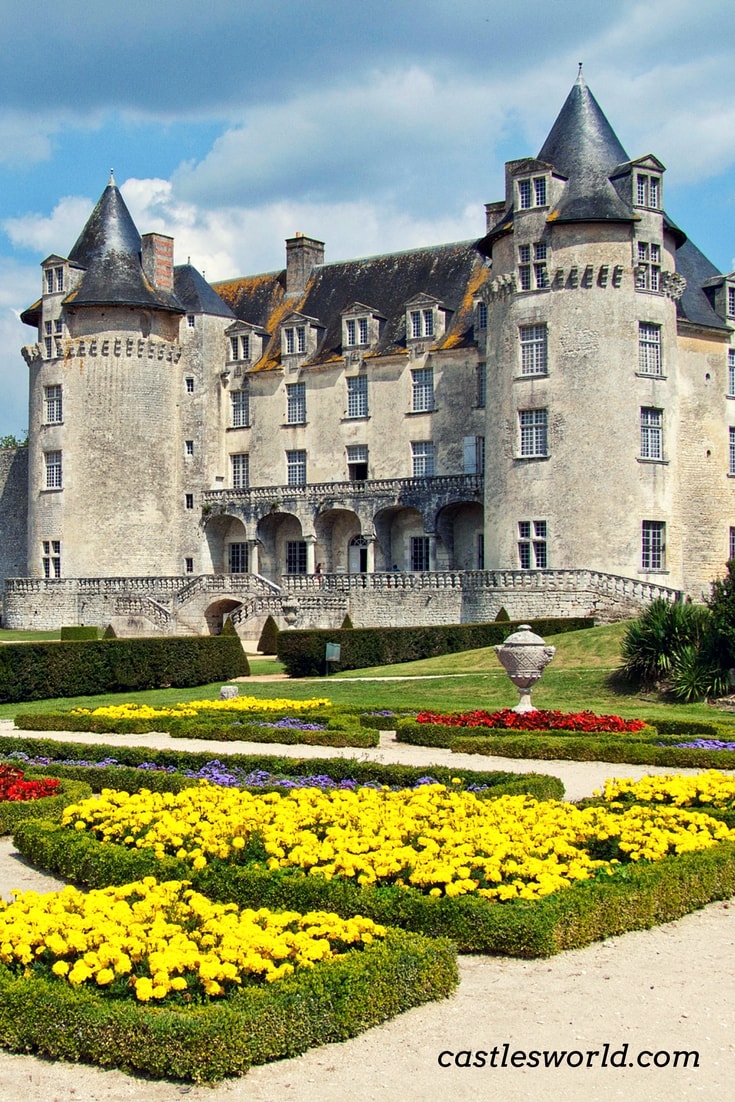 The Castle of La Roche Courbon is an elegant 'chateau' with beautiful French gardens that were actually built before those at Versailles. The castle was originally constructed in the 15th century, but its current appearance was only accomplished in the 17th century when Jean-Louis de Courbon transformed it into a comfortable residence.
History
The site had been inhabited since prehistoric times. Stone age dwellings have been found in the grounds and the discovered objects are displayed in a small museum found in the castle's keep. The first castle was built in 1475 by Jehan de Latour. The Courbon family, which had occupied the castle for two centuries, made important modifications to the castle during the 17th century and again in the 18th century.
The castle was thus transformed into an elegant residence with a beautifully decorated interior, which includes painted ceilings, a large kitchen, and even a bathroom covered with painted wood panels and sculptures. All these can be admired today during a guided visit.
The Courbon family held onto the castle during the Revolution; as a result, it was not sold as a national asset. However, the castle proved too costly to run and had to be sold in 1817; it was later abandoned and left to ruin.
French writer Pierre Loti found the ruined castle during one of his holidays. Abandoned and overgrown with brushwood, it was brought to notice by the novelist who called it the Sleeping Beauty's Castle. Paul Chenereau, a local man, heard the public appeal and bought the castle to restore its former splendor. He started the restoration of the castle and the gardens, which was completed by his daughter and son-in-law, who now live there.
The castle today
The castle is surrounded by magnificent gardens which were listed by the French Ministry of Culture as one of the Notable Gardens of France. The gardens include an orchard, flower gardens, geometrical flower beds and lawns surrounding a small lake. The River Bruant actually flows through the gardens, enhancing the brilliance.