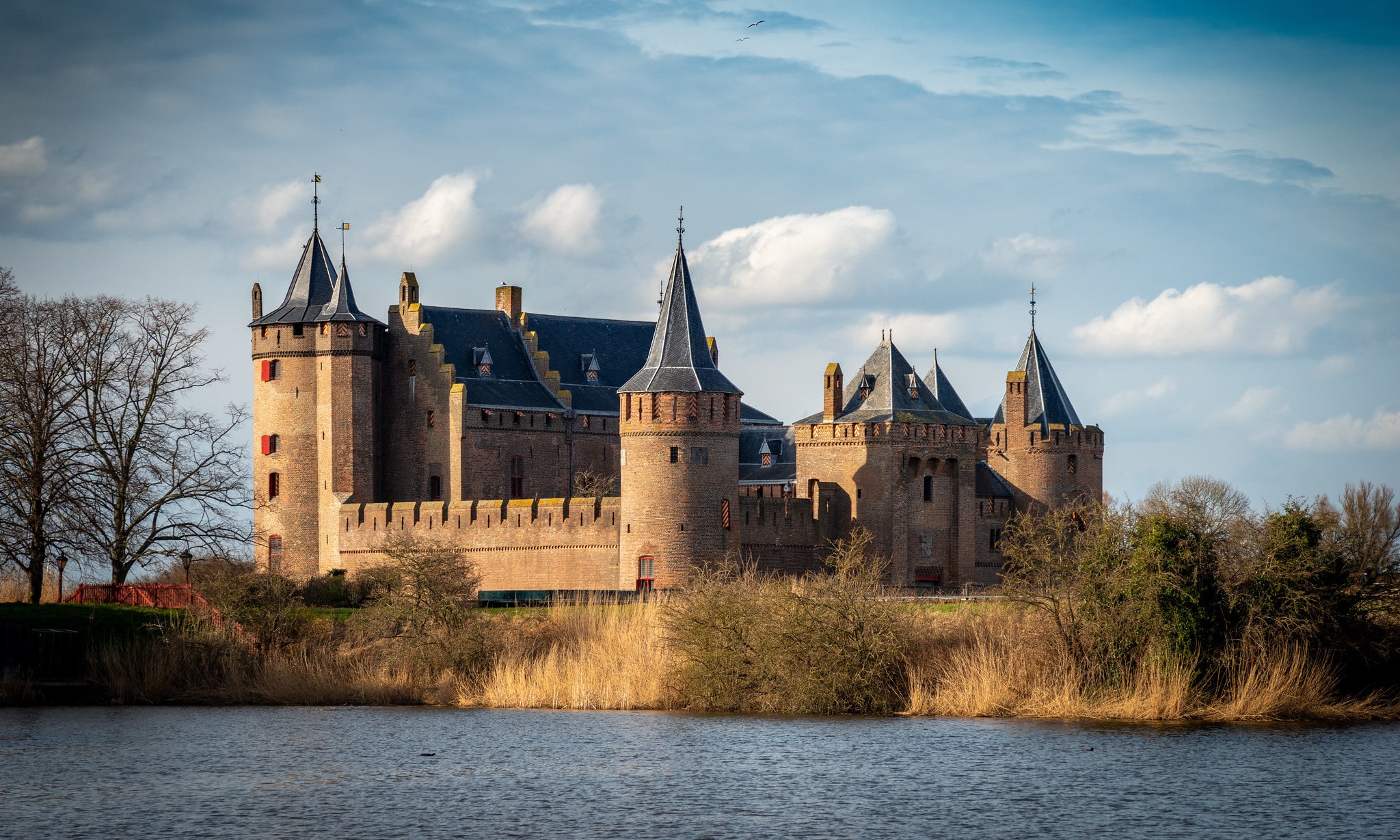 Muiden Castle is located at the mouth of the Vecht river, some 15 kilometers southeast of Amsterdam. It is one of the better known castles in the Netherlands and has been featured in many television shows set in the Middle Ages.
The history of Muiden Castle begins with Count Floris V who built a stone castle at the mouth of the river back in 1280. The Vecht river was the trade route to Utrecht, one of the most important market towns of that age. In 1297 the castle was conquered by Willem van Mechelen, the Archbishop of Utrecht, and by the year 1300 it was razed to the ground.
A hundred years later, the castle was rebuilt on the same spot based on the same plan, by Albert I, Duke of Bavaria, who at that time was also the Count of Holland and Zeeland.
Muiden Castle is currently a national museum. The insides of the castle, its rooms and kitchens, have been restored to look like they did in the 17th century and several of the rooms now house a good collection of arms and armour.