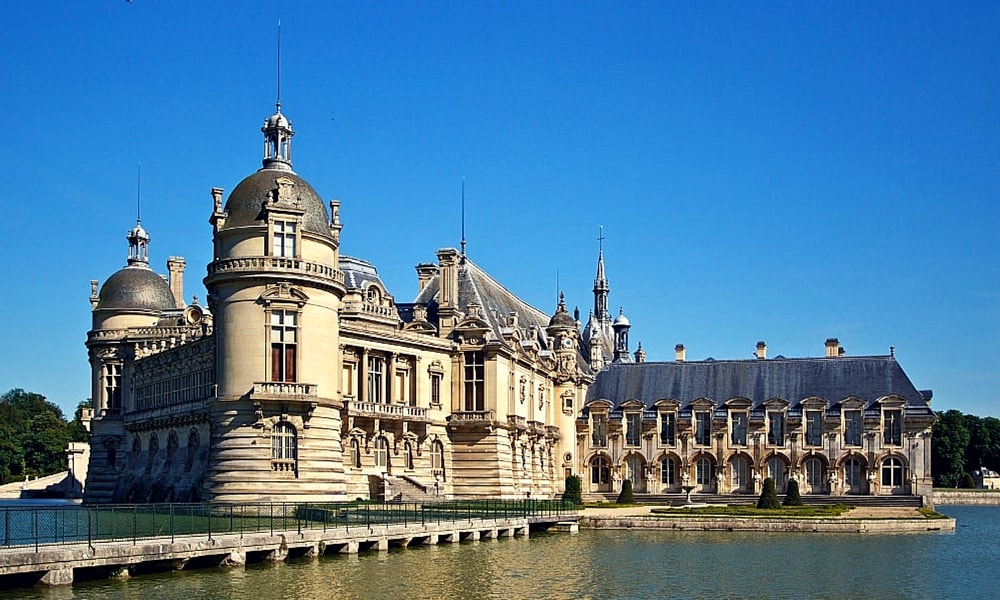 The castle comprises two attached buildings: the Petit Chateau built around 1560 for Anne de Montmorency, and the Grand Chateau, which was destroyed during the French Revolution and rebuilt in the 1870s.
The original mansion was destroyed in the French Revolution. It was repaired in a modest way by the last Conde, but the entire property was confiscated from the Orleans family between the years 1853 and 1872, during which interval it was owned by Coutts, an English bank.
Chantilly was entirely rebuilt in 1875-1882 by Henri d'Orleans, to the designs of Honore Daumet. The new chateau met with mixed reviews. In the end, Henri d'Orleans bequeathed the property to the Institut de France upon his death in 1897.
Several interesting pieces of history are associated with the chateau during the 17th century. Moliere's play, Les Precieuses ridicules, received its first performance here in 1659. Madame de Sevigne relates in her memoirs that when Louis XIV visited in 1671, Francois Vatel, the maitre d'hotel to the Grand Conde, committed suicide when he feared the fish would be served late.
Owned by the Institut de France, the chateau houses the Musee Conde. It is one of the finest art galleries in France and is open to the public.